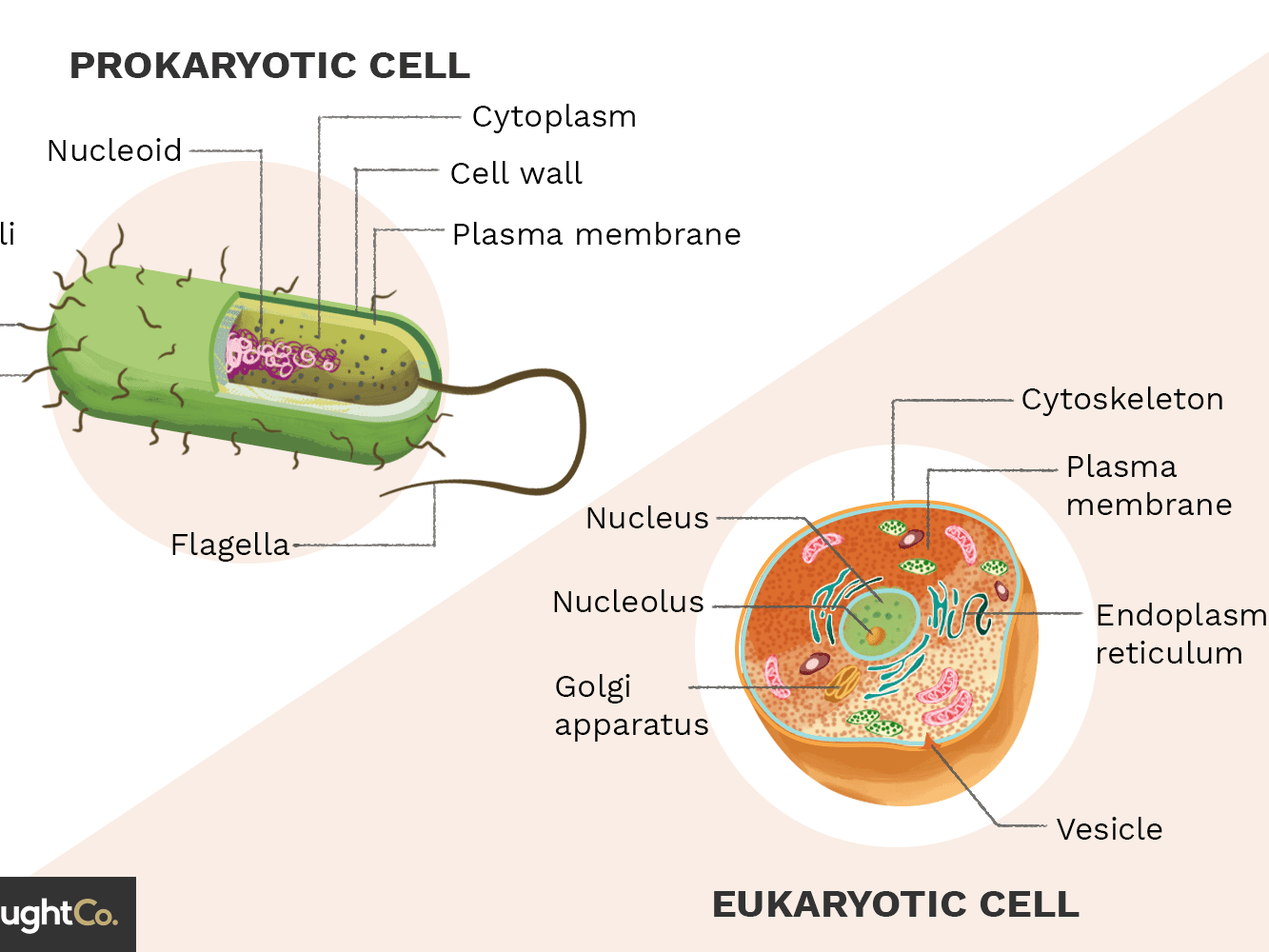 Every living organism falls into one of two groups: eukaryotes or prokaryotes. The cell structure determines which group an organism belongs to. In this article, we will explain in detail what prokaryotes and eukaryotes are and describe the differences between the two.

Here’s a breakdown of what you might find in a prokaryotic bacterial cell.

Bacteria and archaea are the two types of prokaryotes.

Do prokaryotes have mitochondria?

No, prokaryotes do not have mitochondria. Mitochondria are only found in eukaryotic cells. This is also true for other membrane-bound structures, such as the nucleus and the Golgi apparatus (more on this later). One theory of eukaryotic evolution hypothesizes that mitochondria were the first prokaryotic cells to live inside other cells. Over time, evolution led these separate organisms to function as a single organism in the form of a eukaryote. 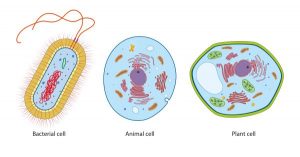 Eukaryotes are organisms whose cells have a nucleus and other organelles enclosed by a plasma membrane. Organelles are internal structures responsible for a variety of functions, such as energy production and protein synthesis. Eukaryotic cells are large (around 10-100 μm) and complex. While most eukaryotes are multicellular organisms, there are some single-celled eukaryotes.

Within a eukaryotic cell, each membrane-bound structure carries out specific cellular functions. Here is an overview of many of the major components of eukaryotic cells.

Other common organelles found in many, but not all, eukaryotes include the Golgi apparatus, chloroplasts, and lysosomes.

Animals, plants, fungi, algae, and protozoa are all eukaryotes.

Key Similarities Between Prokaryotes and Eukaryotes

All cells, whether prokaryotic or eukaryotic, share these four characteristics:

Transcription and Translation in Prokaryotes vs. Eukaryotes